You are here: Home / Our Team / Stuart’s Journey Through DigitalLabs 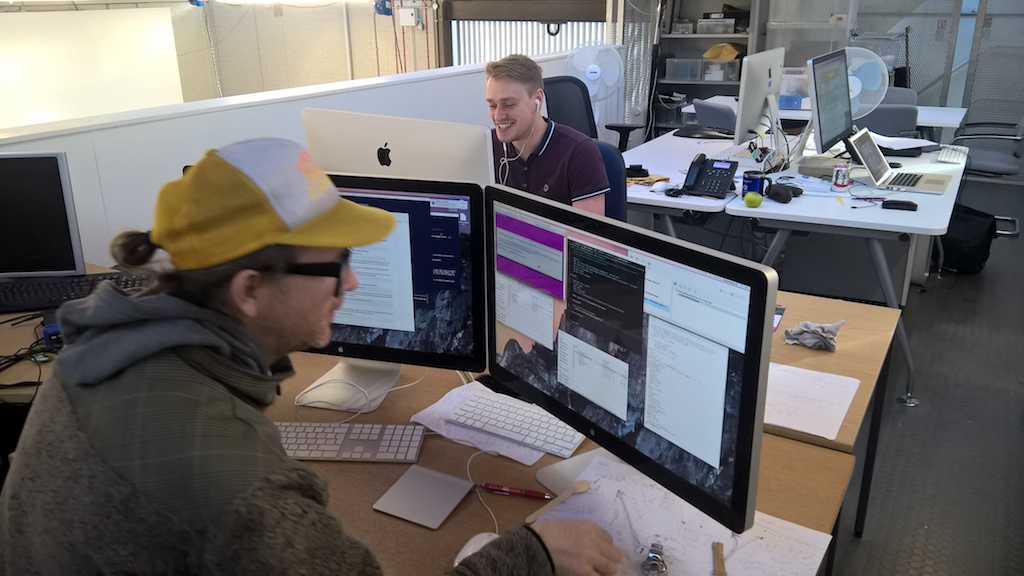 First of all a huge Thank You to the DigitalLabs team. If it wasn’t for the opportunities and mentorship provided by DigitalLabs and MMU over the past 2 or so years. I wouldn’t have been able to accomplish even half as much as I have. So for that, I am immensely grateful.

The internship couldn’t have come at a better time. I had previously been let go by a small tech team, which was my first and only job since graduating. It wasn’t exactly a confidence booster. However, going through that experience really opened my eyes to the potential skills gap that graduates could end up in, like I did.

Since I began working with DigitalLabs back in March of 2016, I’ve had the marvellous opportunity to work on two substantial projects from the very conception and requirements capture right through to their release, give guidance to student groups on their Live Projects for their Professional Development modules, and brew up for amazing colleagues.
Considering I had no web development experience when I started, I’d call that a miracle.

My first project, The Wheels App. It was for a member of the Centre for Excellence in Learning and Teaching. They wanted a small app that would allow a user to track their progress in certain related areas over time. It was a perfect small project that allowed me to really figure out how these things were developed. It was an opportunity for me to really dig into cross platform app development and to show myself and others what I can really do. One thing lead to another, and my internship was extended before I was then offered a fixed-term position. I must have been doing something right.

Throughout my time with DigitalLabs:

I got to work with students and their live projects! Being able to give an insight into what I’ve learned here to students was great. I really didn’t want any of the students to be in the situation I was after graduating so I really wanted to make sure that the really important stuff got across when working with them. Our student groups did amazingly well! It was a proud moment during the Live Project showcase to see what the groups we had worked with had produced after a 6 month project. And with one of our groups taking the prize for best stand, it was the cherry on top.

I got to work on Appatella! An app that aims to make diagnosing patients easier while also providing a platform in which practictioners can prescribe exercise plans of treatment. The great thing about it is that we designed it in such a way that the content is actually abstracted from the app, allowing the app to support multiple purposes, so long as the content fits. If having a user watch videos, follow tasks, give feedback through surveys is your bag, then it would probably be useful for you.
Doing the majority of the front-end development of the app myself was a huge confidence booster. It was like “I can do this. I am doing it”, which rang even more true with the app’s release.

I got to work on Uni & Me! An app that enhances an already existing booklet, about going to university, with augmented reality animations, videos and tasks. The best part about it was that it was my example app which was used in the pitch, which we then won! This project really allowed me to utilise some of my Games Technology knowledge. Working with the student animators and modellers was really fun, I hope they found the experience useful and enjoyed working with us.

Overall, it’s been a successful and productive period. I’ve enjoyed working with DigitalLabs immensely. It has provided for me a priceless experience. If I had to define the biggest takeaway from this experience I would have to say it is the perseverence required; believing that as long as you keep at it, you will eventually get it done. It can sometimes feel like you are hitting your head against a brick wall, only to find another brick wall behind it. But eventually we will get there.