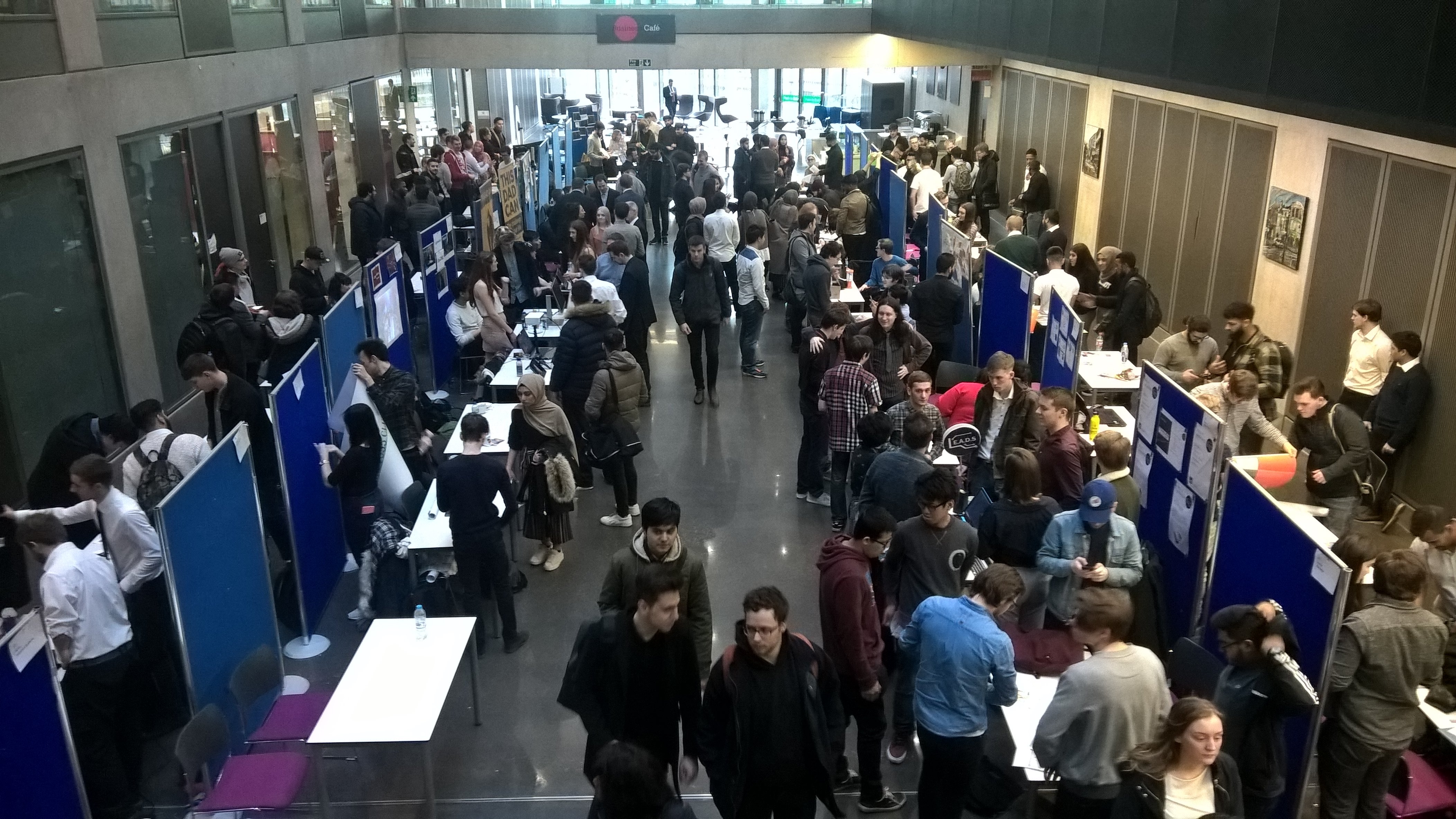 The showcase finale of the Live Projects took place this March in the Manchester Met Business School and our teams were among some of the best, with one of them winning the Best Booth Award!

DigitalLabs stood as clients for 9 of the teams that appeared at the showcase and we want to take this opportunity to thank all of them for their efforts in what they have produced and to be grateful for the opportunity to impact the professional development of the students in the school of Computing, Maths and Digital Technology at Manchester Met.

What Are Live Projects?

Live Projects are an opportunity for teams of up to eight second year undergraduate students to gain real world experience to assist in their professional development. The project spans throughout the academic year, from November until March, ending with a showcase where the student teams can show what they have produced from the brief. The briefs are either provided by real local clients that require a product or investigation, or the briefs are written up to provide a realistic and interesting project.

This academic year, DigitalLabs got involved by writing up 10 different project briefs that were added to the pool of briefs on offer for the teams to choose from. Some briefs were designed to be an interesting and useful project experience where others were projects had the potential to impact some of our ongoing projects. Our briefs ranged from developing mobile apps that interfaced onto backend services, while others utilised raspberry pi’s to do some weird and wonderful data gathering from internet traffic to local pollution tracking.

9 of the teams chose a brief of ours:

During the first term, We held 6 workshops for our teams to attend. The earlier ones covering introducing DigitalLabs and some of the tools we use to in our projects, most prominently GitHub and Trello.

In the following workshops, we guided our teams through defining features, writing use-cases and tasking some technical investigations that would inform the designing stage that came later.

The original plan was to have the design completed before the christmas break, allowing the teams to focus on development in the following term. However getting the teams to this stage took a bit longer than anticipated.

The final workshop was held in February and was an opportunity for all the teams to get together with us to give us an update about how the project is going and we were then able to give some final direction to set them up for the showcase.

The members of DigitalLabs have thoroughly enjoyed assisting with the Live Projects as both clients and mentors. We also learnt a whole lot! We hope to continue this process into the coming academic year as we felt that we greatly benefitted the development of the teams involved with us.

Could this be useful for you or your company?

The Live Projects is a great opportunity to have students work on a project of yours for free! It creates a mutually beneficial scenario where you would be aiding the development of our students by providing a real project and our students will exercise their best efforts to produce what you require.

Any local organisation, including businesses, charities and community groups, can take on the role of a client and work with our students benefiting from their enthusiasm and knowledge. Here’s some more information about the Professional Development Live Projects.

To enquire about DigitalLabs mentoring a team with your brief please contact us.